The History of the Fourth of July 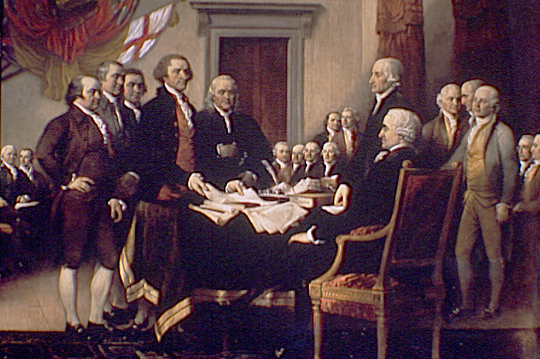 Independence Day is the day we celebrate the courage of our founding fathers to stand up to opression.  These brave souls did what was thought to be the impossible.  This is the first day that democracy became the standard of which we are governed.

May all Amvets and their families have a safe and healthy Fourth of July. 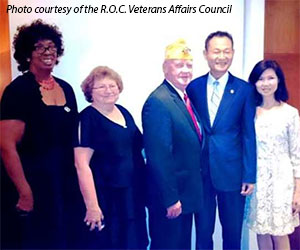 While in Taiwan, they paid a courtesy call on President Tsai Ing-wen at the Presidential Office.

President Tsai noted that AMVETS had been a strong supporter of Taiwan for over three decades, and that each year, leaders from the VAC and AMVETS exchanged information on veterans' affairs, national defense and foreign relations.

President Tsai thanked the visitors for the latest AMVETS National Resolution on Taiwan, in which AMVETS recognized that the R.O.C. on Taiwan was a long-time friend, ally and strategic partner of the U.S.

At a welcome dinner party, Minister Tung expressed his gratitude to AMVETS' continued support of Taiwan through its Resolutions at the AMVETS National Convention each year.

In return, Commander Chapman and President McElvin conveyed appreciation for their hospitality and noted that they were impressed with the dedication of the VAC in caring for the country's veterans.

Commander Chapman said that, in view of their long-standing relationship, AMVETS was happy to assist the VAC in any way possible.

Commander Chapman gave a speech on R.O.C. Veterans Day and received a medal from the VAC in honor of his dedication to veterans' affairs and the promotion of relations between U.S. and R.O.C. veterans.

They also visited the Veterans General Hospital, the VAC Taoyuan Training Center, the National Palace Museum, the Bade Veterans Home, the Suao Naval Base, as well as other cultural, economic and historic sites.

It is the stated position of AMVETS that Taiwan, as a strategically located island, is extremely important to the peace, prosperity, and stability of the Pacific Rim. The AMVETS resolution stated that the R.O.C. maintains a strong and well-trained military force, has extensive air and naval facilities and, therefore, is a vital link in the Pacific defense chain.

AMVETS also supports the continued promotion of educational and cultural relationships and exchanges between the U.S. and R.O.C.